The Zombie Youth: Do Devices Cause Poor Sleep?

Teenagers have been a breed of excessive sleepers since the dawn of time. Whether they're outside until the crack of dawn or staying up far later than they probably should, there are a lot of ideas on what can cause a poor night's sleep. Parents and guardians around the world have been increasingly concerned about the use of electronic devices and how they impact sleep. Whether these 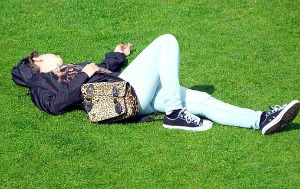 well-meaning adults are concerned with video game usage or texting on smartphones late at night, the fact remains that they believe that this overuse of technology must be having a negative impact on the young mind.

Honestly, if little Evan could just pull his eyes away from his table for 24 hours he'd sleep better and if little Chantelle could just put the video game controller down for once, it would be better for her, right? Well, that's not necessarily the case:

Taking away a teen’s phone or tablet at night does not make them sleep better or longer nor does it mean they will perform better in sports the following day, a new study of young ­athletes has found.

The investigation into the ­impact of electronic devices ­revealed no change at all among the Australian Institute of Sport’s junior judo champions.

The teens whose phones and tablets were taken away for a few days continued to fall asleep at exactly the same time at night and performed just as well as before in training, according to lead researcher Ian Duncan from the Centre for Sleep Science at the University of Western Australia.

“We thought they would go to sleep earlier … because that’s what middle aged and older people do in similar studies,” he said.

“However, these guys were so young — between 16 and 19 — and they did go to bed earlier but they didn’t fall asleep and we think that’s because teens have that locked-in owl-like sleep ­behaviour … it’s like asking a 30-year-old to go to sleep at 5pm. They just can’t do it.”

The researchers monitored the effects of the removal of electronic devices for 48 hours in 23 judo athletes during a six-day training camp at the Australian Institute of Sport. The athletes wore an activity monitor to ­measure sleep quality.

The researchers found that although athletes went to bed earlier when the devices were ­removed, they fell asleep at the same time as those who had ­access to electronic devices. Removal of the devices did not ­affect their sleep quality, or next-day physical performance ­compared to those who continued to use electronic devices. The ­athletes did not have televisions in their shared rooms throughout the study.

So take that, concerned adults! Even if your kid is up until the wee hours of the morning that doesn't mean they're getting a poor sleep based on device usage alone. Chalk this up as another sleep myth. It seems to be just a part of their biological structure to stay up late. You can't go fighting your biology and at this age, a youths body is going to tell them when they should be sleeping. So should you probably lay off? Well, keep in mind this article has everything to do with lack of sleep and nothing to do with lack of attention span, which of course seems to be generated by these devices.

So be hard on your kids more because their brains are being damaged by too much device time. Not because it is stopping them from sleeping, but because, come on! There's no need to be looking at a screen 24 hours per day. A good parent understands that this simply does not make any sense.

The following post The Zombie Youth: Do Devices Cause Poor Sleep? is courtesy of TSMR

source http://snoringmouthpiecereview.org/sleep-health/the-zombie-youth-do-devices-cause-poor-sleep
Posted by Unknown at 12:07 No comments:

Alright, maybe the snoring device itself isn't going to actually kill you, but there are some issues they just can't solve. Of the various sleep disorders out there, one of the most major ones is sleep apnea: specifically obstructive sleep apnea. This means that while a person sleeps, their airways are being blocked enough that they will actually stop breathing. Many people who suffer with 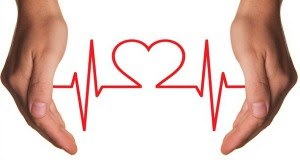 obstructive sleep apnea use a special machine to help them breathe at night.

There are some people who have found success with mouthpieces like ZQuiet (http://snoringmouthpiecereview.org/zquiet) while they sleep as there are those designed to keep your airways open by supporting one of the worst blockage culprits, your tongue, in place. While this is all well and good (and even desired) there is one disease that goes hand-in-hand with sleep apnea that mouthpieces can't deal with. Heart disease:

In "Impact of Mandibular Advancement Therapy on Endothelial Function in Severe Obstructive Sleep Apnea," French researchers report on a randomized controlled trial of 150 patients with severe sleep apnea and no overt cardiovascular disease who received either a mandibular advancement device (MAD) or a sham oral appliance.

Continuous positive airway pressure, or CPAP, is considered the "gold standard" of obstructive sleep apnea treatment. However, many patients find it uncomfortable, and MAD is the most commonly prescribed alternative.

"Endothelial dysfunction is one of the intermediate mechanisms that potentially contribute to the increased risk of cardiovascular disease in OSA," said lead study author Frédéric Gagnadoux, MD, professor of pulmonology at the University Hospital of Angers in France. "Whether MAD therapy improves endothelial function in OSA patients had not been evaluated before in properly controlled and adequately powered trials."

Patients in the current study had an AHI > 30. They ranged in age from 18-70, and 86 percent were men. None had signs of cardiovascular disease. Although their AHI scores were indicative of severe sleep apnea, participants reported only mild daytime sleepiness. A strength of the study, which lasted two months, was that compliance with using MAD was high, as verified by researchers using a tiny embedded monitor.

It's a daunting thing to grapple with. Being diagnosed with sleep apnea doesn't mean your life is over, it just means there are more things you need to consider in order to remain healthy. The important thing to take away from this is that you can't cut corners. Sleep apnea is a serious disorder with real consequences. This goes beyond trying to stop snoring because it bothers your partner. When your life is at risk you need to do everything in your power to retain a quality of life and living that you are proud of. You can't just slap a mouthpiece in and think everything is great. Will it stop the snoring? Sure! That's what it's designed to do. But it also has limitations. Your heart isn't affected by what you wear in your mouth at night. Not enough to keep heart disease at bay. Listen to your doctor and make sure you're doing what you can to have a happy, healthy sleep.

The post Sleep Apnea And Heart Disease: Killers Together! is republished from TSMR Blog

source http://snoringmouthpiecereview.org/zquiet/sleep-apnea-heart-disease
Posted by Unknown at 12:01 No comments: