Sleeping Before Dusk Can Cause Heart Danger 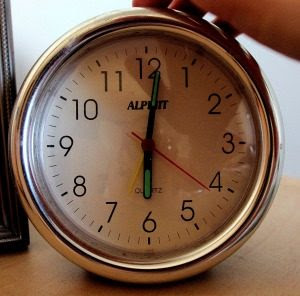 Surely you remember the prime of your youth: staying up until 3am working on that final paper for your course or playing video games until midnight. As we get older our bedtimes tend to creep ever forward. We have more stresses in our lives and therefore need more time to recuperate from the long days we sludge through. But having an early bedtime could be a massive warning sign, especially for men:

Men who want an early night could be showing a warning sign of heart problems, medics have warned.

A study of 2,400 adults found that among men, bed times were significantly earlier among those suffering from high blood pressure.

On average, those with the condition - one of the key risks for heart disease - retired for the night 18 minutes earlier than those without it.

And once they got to bed, those with high blood pressure were significantly more likely to spent the night tossing and turning, the Japanese study found.

Researchers said the desire to turn in early could be a clue to health problems which might otherwise be missed.

While early nights were linked with higher blood pressure, getting more sleep was unlikely to do anything to help the condition, they cautioned.

Despite going to bed earlier, those with high blood pressure managed no more sleep overall - and scored significantly worse in tools used to measure the quality of slumber.

On average, those with high blood pressure - also called hypertension - scored 5.3 in assessments, where a score of five or more indicted poor sleep quality.

Among those with normal blood pressure, the score was 4.7, according to the study findings, presented at the European Society of Cardiology, in Rome.

Lead researcher Dr Nobuo Sasaki, from Hiroshima University, said: "Early bed times were associated with hypertension independent of anything else.”

It’s very important to listen to your body. Is it strained? Is it weak? Is it tired? If your body is trying to tell you something you might not be listening close enough. As we age, we start ignoring what our bodies try to tell us in favour of what our minds tell us we can and cannot do. There will come a point in your life where eating an entire large pepperoni pizza on your own is going to cause serious gastrointestinal problems. Sure, you might have been able to pack a whole pizza away in your twenties, but maybe now you’re in your forties and pizza is not your friend.

The same can be said for sleep. Are you really so tired that a 7pm bedtime is appealing? What kind of work do you do? If you don’t do anything overly physically taxing and your commute isn’t that long, wanting to hit the hay so soon after supper is your body’s way of telling you that something is wrong.

Make an appointment with your medical professional about a sleep study. Remember, we’re supposed to have a full physical at least once a year, possibly more often if you have other health concerns. Sleep is a wonderful thing and lying around in bed every once in a while isn’t really a bad thing. But we’re not teenagers any more. Staying up late and sleeping in until lunch is only going to cause problems, not solve them.

Don’t put off what important concerns and make sure that you address them right away. Chances are if you want to sleep that early, and actually do, you might not be getting the restful sleep you want. This is only going to create more concerns. It’s time to wake up and smell the coffee, my friends.

The following blog post Sleeping Before Dusk Can Cause Heart Danger was originally published on SnoringMouthpieceReview.org

source http://snoringmouthpiecereview.org/sleep-health/sleeping-before-dusk-can-cause-heart-danger
Posted by Unknown at 11:34