It's a straight up fact: currently, there is really no particular solution that remedies snoring as well as snoring mouthpieces. I'm talking about none. Yes, there is CPAP, and that can be effective despite its overall awkwardness, cost and just frankly difficulties. But if you're like most people, a CPAP machine is just not going to cut it - there is really very little debate about this. 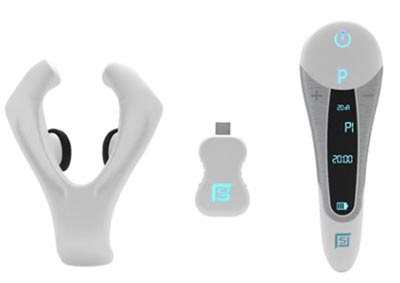 So, in terms of snoring mouthpieces that are fantastic and have been proven over and over again to really halt the symptoms of snoring, you're really not going to get much better than the SnoreRX (http://snoringmouthpiecereview.org/snorerx), a MAD mouthpiece with the kind of precision most others dream of, and of course, the Good Morning Snore Solution (http://snoringmouthpiecereview.org/good-morning-snore-solution), the TMJ go-to mouthpiece for anyone with a snoring issue. The latter, of course, allows you to use it even if you have dentures, something that is not the case for MAD mouthpieces.

The Key Negative Of These Mouthpieces

Alright, alright. Well, there are different devices for different people, that's for sure. And some people simply do not like sleeping with something in their mouth. It's just a fact. But for many people out there, the mouthpieces above, along with a few others reviewed on our site are absolutely effective and comfortable to roll with.

But your main issue with a snoring mouth guard of any kind? It has to be worn. Like every night. So, until you take a look at a more major way of solving your snoring issues, like perhaps losing a ton of weight or even committing to a serious snoring surgery, you will have to wear your mouthpiece if you want to stop the log sawing.

But what if you could address your snoring problem at its foundation: by tackling the tongue. The SnooZeal does this, and you don't wear it as you sleep; instead, it zaps the snoring out of you, according to MedGadget.com:

The SnooZeal product consists of a mouth piece that places electrodes above and below the tongue, a control unit that connects to the mouthpiece, a remote control, and a smartphone app. It works by electrically stimulating the tongue to give it a workout and keep it from completely relaxing and collapsing during the night.

The SnooZeal is not actually used during sleep, but indicated to be placed in the mouth twice a day for a period of six weeks. This essentially physically trains the tongue muscle and helps to keep it at least partially contracted even at night.

The device can be controlled either via the remote or through the accompanying smartphone app.

Er, working out your tongue? Is that a thing? Yes, claims the SnooZeal site itself:

The remote control or App activates electrodes in the mouthpiece, which stimulate the tongue muscles, effectively giving them a “work out”. The wireless system removes the need for wires going to the mouth.

The Smart App allows you to monitor how often you have used the device, when, and most importantly, how your snoring has changed over the period by monitoring your snoring levels at night.

SnooZeal offers four programs for different types of toning improvements to the tongue muscle function.
It can be used anytime, anywhere, in any personal environment – watching television or whilst doing almost anything around the house.

Er, OK. Giving your tongue a "workout", eh? Now, the cynic in us wonders if this is a lot like those "electric ab belts" that are supposed to zap you into full on South-Beach-style six pack abs. As in, some hype, kind of cool as a concept, but frankly not useful at all. Possibly even a scam.

But, this is just speculation, of course. The SnooZeal may in fact work. Their website does not really display any particular way to order the product, so this may in fact just be a beta-style product. There is nothing on the site in terms of clinical trials, or really anything about how you can actually buy a SnooZeal for yourself!

And still, we have to commend the SnooZeal folks for attempting to attack the obstructive sleep apnea problem at its source: your tongue. If this product is more than just vaporware, it does have the real possibility of changing lives!

source http://snoringmouthpiecereview.org/snorerx/stop-snoring-proactively-try-snoozeal
Posted by Unknown at 17:50