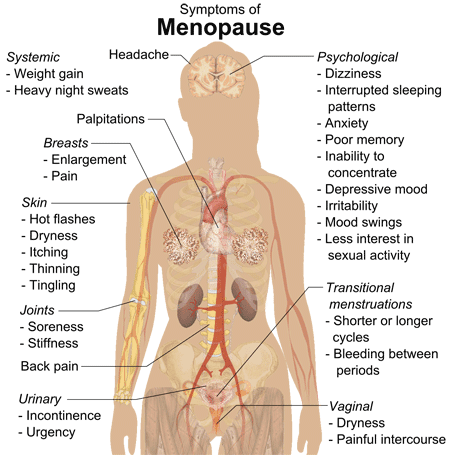 Sleep is a wonderful commodity that we never seem to have enough of. While this is true across all genders, women seem to get the short end of the stick on more than one occasion. If you’re a mother, your sleep is interrupted by the constant cries of a small human you need to take care of. This doesn’t seem to change as they get older, either. If you’re not a mother, your sleep can still be disturbed by your partner, your own brain and your own snoring.

Your hormones are already out of whack during this transition period in your life which can make certain conditions worse. Take sleep apnea for example. This sleep disorder is potentially life-threatening as it is caused by obstruction to the airway during sleep. This means you will stop breathing for a short period of time during the night. People who develop Obstructive Sleep Apnea (OSA) will experience a stoppage in their breathing upwards to 100+ times a night. This is going to cause poor quality sleep which can lead to lethargy during the day. Menopause makes the chances of developing this condition higher:

The condition is most common in women and worsens in the post-menopause period as the phase marks the end of the reproductive period of a woman and brings about a lot of hormonal, physical and psychological changes in them.

"The levels of estrogen and progesterone (hormones which protect the airways from collapsing) released in the body declines during menopause, as a result of which, women become more prone to contracting obstructive sleep apnea in this phase," said Vivek Nangia, director and HOD (Pulmonology) at Fortis Flt. Lt. Rajan Dhall Hospital, Vasant Kunj.

According to a recent study, 0.6 per cent of women in their pre-menopausal stage suffered from OSA, while the incidence of the same in post-menopausal women (who did not undergo the hormone replacement surgery) was as high as 5.5 percent.

Such women usually remain awake at night and become lethargic as well as tend to fall sleepy during the day.

In addition, the prolonged periods of uncomfortable, disturbed sleep causes tiredness, irritability and mood swings, which may also hamper their various relationships.

"As many as 61 per cent post-menopausal women reported symptoms of insomnia," Nangia added.

Menopause also reduces the focus and attention span at work and may yield them unproductive.

The stereotypical symptom of menopause is hot flashes, which is of course only part of it. Add in loud snoring and choking during sleep and the urge to visit the washroom frequently during the night and you’re not going to get a good rest.

If you or someone you know has reached menopause you need to be informed. Your friend or family member needs to be aware of the serious effects of sleep apnea and how it can worsen post-menopause. Because these symptoms occur during sleep they can often go undiagnosed and untreated. A mouthpiece may be able to help. Here's a good review of ZQuiet, a popular choice:

If you’re noticing changes in personality and mood they could be caused by poor sleep. Open those lines of communication and get your important people the help they may need.

Menopause And Sleep Apnea: A Toxic Mix is available on http://snoringmouthpiecereview.org

source http://snoringmouthpiecereview.org/menopause-and-sleep-apnea-a-toxic-mix/
Posted by Unknown at 14:31