We know that snoring kills. If it isn’t addressed and treated, it can lead to a lot of health complications that can eventually kill the snorer.

A woman at a UK hospital died two weeks after a hotheaded patient whacked her in the head because she was annoyed by her snoring, a report said.

Now, that is one sad news. Needless to say, it’s a senseless murder. How could anyone kill anyone and for what? For snoring? It’s totally absurd but it’s true. It happened. 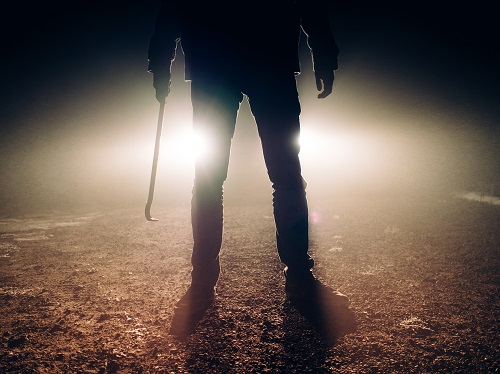 Mom of five Eileen Bunting, 64, was attacked and hit in the head with a cup while she was in a hospital bed at the Hull Royal Infirmary in Hull, England, on March 22, The Sun reported.

Bunting, who was left with a bloody gash on her forehead, was slated to be released from the hospital the day after the attack, but after she was assaulted, her health quickly declined.

She died April 4, according to the news outlet.

Apparently, Bunting’s snoring had become a serious issue for one patient who just couldn’t take it anymore. The sad part is that the attack seemed like it was well-laid out.

The victim’s son told local media that he believed the assault was a “premeditated” attack after it was discovered that the unidentified patient who went after his mother had tied the hospital room’s door handles together to prevent anyone from coming inside.

“The nurses must have been doing the rounds, noticed the doors were shut and found my mom full of blood and her stood over her with a cup,” Bunting’s son, Mark Bunting, told Hull Live, according to the report.
“The doors had been pulled to and tied together with a blanket and then she proceeded to attack my mom. It was premeditated,” the devastated son said.

It seems pretty surreal to think that anyone could kill for the simple reason of snoring. Based on the news report, it can really happen. A patient actually got fed up with the snoring and decided to do something about it. Sad to say, that something was a deadly way to deal with the snoring. Now that is downright scary.

Bunting’s husband, Philip, was adamant that the woman who attacked his wife did it over her snoring.

“Apparently the night before, another patient said the patient that attacked her was getting agitated at Eileen’s snoring,” Philip reportedly said.

There’s no reason to go berserk over snoring. If the snoring is annoying, there are ways to go about solving it. Killing the snorer is definitely not the way to do it. While it’s hard to sympathize with a snorer, especially if his or her snoring is really keeping everybody up at night, there really is no reason to harm or to even kill the snorer.

Snoring doesn’t have to be deadly. No one has to kill for the sake of it. If the snoring becomes unbearable, the Good Morning Snore Solution Mouthpiece can definitely help.

When Snoring Becomes Deadly was originally published to http://snoringmouthpiecereview.org

source https://snoringmouthpiecereview.org/good-morning-snore-solution/when-snoring-becomes-deadly
Posted by Unknown at 09:02